The choir, now known by its new name - The Gateway Singers - consists of approximately fifty members of varying experience and ability.

Anyone with a love of singing, particularly in a group, is welcome to join. Some experience of choral singing is an advantage but not absolutely necessary. The Choral Director contacts all new members as a courtesy and to ascertain which section new members will join.

Our repertoire ranges from Verdi to John Denver so there is something for everyone. Members are divided into the standard soprano, alto, tenor and bass sections but we sing four-part, three-part and two-part pieces.

The Gateway Singers meet on Tuesday mornings from 10.00 until 11.45 in the Parkview Room at the Camberwell Civic Centre. A mid-rehearsal morning tea break enables members to socialise and get to know each other. We ask for regular attendance which is important in building individual improvement and developing the group’s overall musicianship. We ask that notice of absences be given.

The Gateway Singers give two major performances during the year as well as occasional smaller presentations. A standard dress is expected for these. Although it is preferable that all members are involved in performing, it is not obligatory. 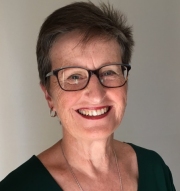 The choir's Director is Julie Lancashire, who accepted the role at the end of 2018.

Julie has previously sung with a wide range of choirs, including Oriana, Melbourne Chorale, Heidelberg Choral Society, Star Chorale and CHIME (the Choral Institute of Melbourne). As a teacher of both English and Drama at secondary schools, Julie has directed many school musicals and served as conductor for a number of school choirs. She also has conducted small community group choirs, including the Katandra Singers, who have specialised in concerts for residents in elderly citizens and aged care institutions 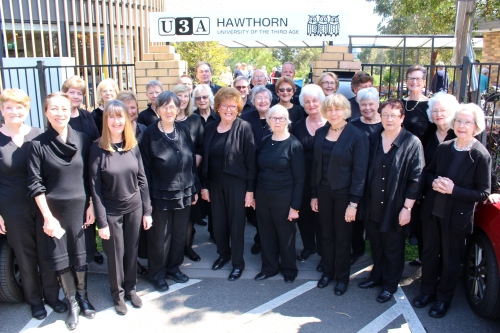 There are no entry auditions so you can enrol in MUS002 and come along.

We aim to enjoy our music and strive for a high standard.

Check out the U3A Hawthorn channel on YouTube where you can see videos of the Choir in concert.